From Dongguan, took 2 hours bus trip to Shenzhen. Once arrived in the city, we went to this Lotus Hillpark. The focal point of the park is Mountain Top Square. Here stands the large statue of Deng Xiaoping confidently striding forward & looked benevolently over the city whose creation he inspired. Coincedentally, it was a Qing Ming festival period for the Chinese & there's crowds of people paying respects to this "Father of Modern China" & sang patriotic songs in groups. 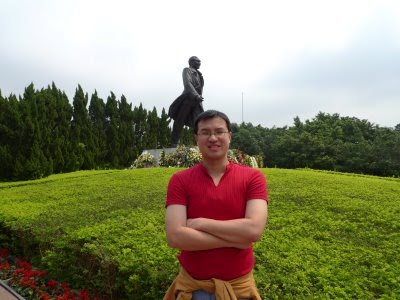 In front of Deng Xiaoping statue
Stopped over at Splendid China after lunch. This place is a comprehensive 30 hectares miniature park, reflecting the history, culture, art & customs of various nationalities in China. Over 100 major tourist attractions have been miniaturized & laid out according to the map of China. Forbidden City, Yellow Mountain, Great Wall & many others are all there. Some of these mini spots are so precisely built & their fantastic workmanship make u wondering how could be the genuine spots looked like. Hangzhou for example, has so many spots represented in the park & praised as "heaven on earth" by poets & scholars of yesteryears. Thank God Air Asia fly there too...:) Spent half a day in the park, & watched 2 cultural shows in evening & night showcasing the cultures & history of China. 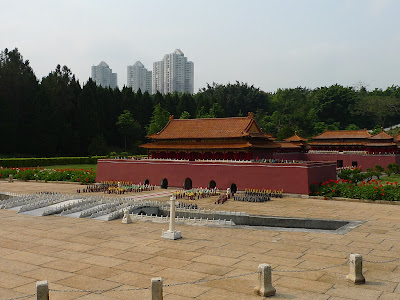 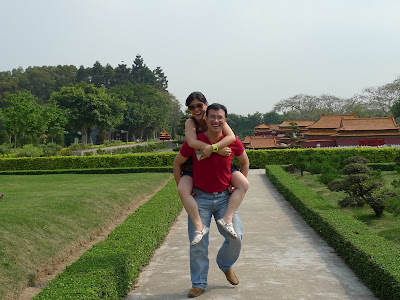 The magnificent Great Wall of China 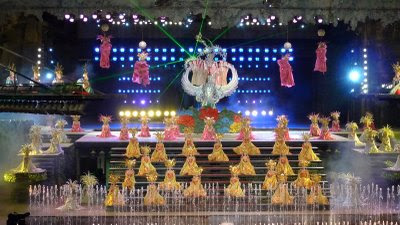 
It was a free n easy in the next morning. went to the famous Shenzhen Dongmen shopping street for shopping. After days of observing the shopping patterns & markets in China, let me categorised the goods sold into 3 main groups. The first group consists of the international known brands such as DKNY, Calvin Klein, Armani etc, found only in upmarket shopping complexes. Ladies, dont waste your hard earned $$$ on this category as the price are basically the same, as found in KL. Just wait for the KL Megasale & you can spend happily on these brands. The 2nd group includes the upcoming home brands & rapidly expanding into most parts of China. There are such as 360 Degrees, Li Ning, Kerk etc. Some like Yishion & Hang Ten managed to penetrate the international market. Price is middle-class ranged. Price conscious shoppers would not buy this as the quality & designs are about the same with others found here. The last group is the most popularly sought by shoppers for their cheaper-than-normal price range. Cant recall any names as the brands differ in different areas. Working trouser costs you only RM 20.00 each while long sleeve shirt costs only RM 18.00 each. Smaller cities offer cheaper prices unlike bigger cities like Shanghai, Beijing etc. Quality wise is acceptable....let me make it simple, u buy at your own risk..:) 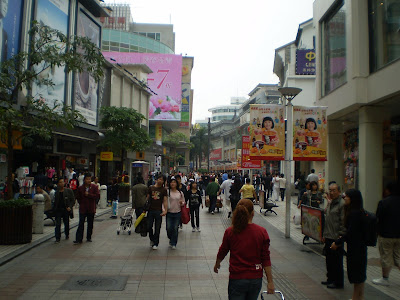 Dongmen shopping street
Went back hotel & packed our bags in the evening to prepare for the night flight back to KL via Shenzhen International Airport. The price paid for the package of 5 days 4 nite, combination of guided tours & free n easy: - RM 650.00, not inclusive of boat rides, entrance tickets etc...no joke.
Posted by Steeven at 23:38 4 comments:

One Night Stand in Dongguan

We boarded the bus to Dongguan next morning. Stopped by at Lotus Park, Panyu. Here stands a giant bronzed statue of Goddess of Mercy, overlooking some beautifully landscaped Feng Shui gardens & a green lake. Once reached the city, we stopped at Keyuan Garden, one of the 4 famous gardens in Guangdong province. 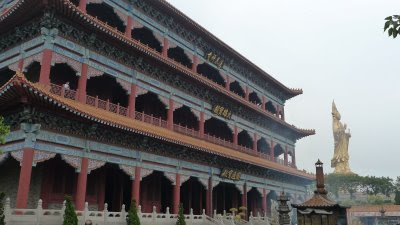 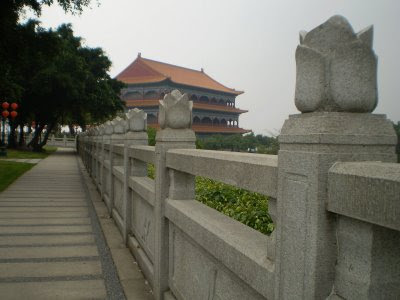 Walkway towards Yinxian Temple
Keyuan mean "a garden not too bad for visiting" in Chinese. Perhaps its creator was somewhat being modest about his garden. Opium Melting Square & the Opium Museum are the next stop, showcasing the long history of opium war in China. Went shopping at Huanghe Fashion Mall after lunch. Pretty large for China standard, it houses thousands of stores selling multiples fashion stuffs at affordable rates. I bought few trousers at Rm 20.00 each. We checked into Sheraton Dongguan hotel at the city. No need for me to mention about the service standard here, being a international 5 star hotel. Dad shamelessly claimed he can spend his whole day inside the room bathroom. 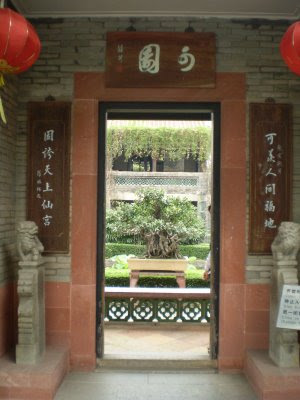 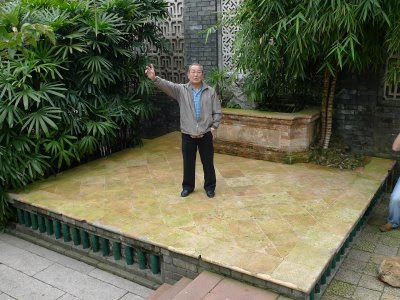 Dad reciting his newly penned Chinese poem on the stage to the audience of TWO.... 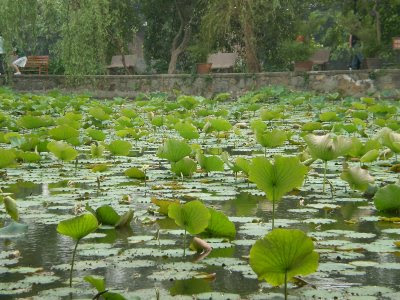 Formerly an opium melting square
Nothing better than having a massage session to rest our tired bodies after a long day. All of us registered at only RM 50.00 per pax for session of 2 hours. Dad, bro & myself were put into this room, equipped with LCD TV, adjustable chairs with compliementary drinks & of course manned by 3 sweet masseuses. Only have this to say, simply heavenly.....:) 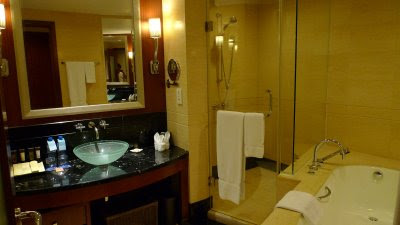 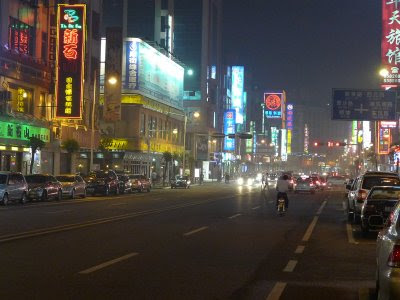 It's too bad we're able to stay one nite only in Dongguan as the group need to board for Shenzhen the next morning. To Be Continued....